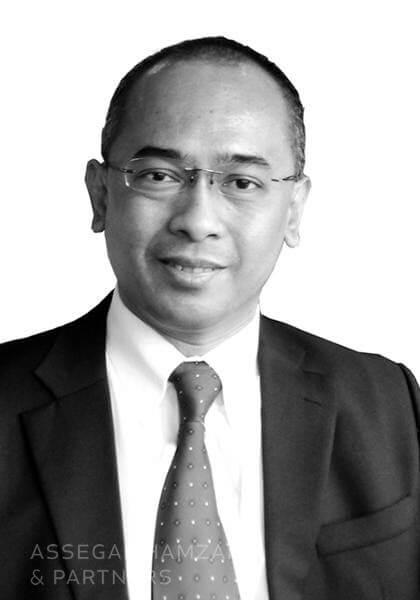 Wibowo Mukti is a partner with the Tax, Trade and Customs Practice in Assegaf Hamzah & Partners.

Bonnie, as he is known to just about everybody, graduated from the State College of Accounting (STAN) in 1989, before earning his undergraduate degree in economics from the University of Indonesia in 1995, followed by a master’s degree in management, majoring in international management, from the same university in 2000.

Prior to joining Assegaf Hamzah, he was President Director of PT Ambalan Handal Prakarsa, a consultancy firm affiliated to Assegaf Hamzah.

Bonnie has more than 30 years of experience in tax-dispute resolution, tax compliance and tax advisory work in the areas of corporate and personal taxation, value added tax, and property taxes and duties. This includes 13 years of experience with the Directorate General of Taxes as a government tax auditor. He spent more than four years with PricewaterhouseCoopers in Jakarta. And he also became a member of Foreign Affairs Department of Indonesian Tax Consultants Association (IKPI) since 2014.

His extensive experience includes assisting clients on a broad range of matters on both the contentious and non-contentious side. Non-contentious matters include M&A transactions, financing and investment in the form of equity and non-equity raising issues both at domestically and abroad, tax advisory work on behalf of corporate clients including international tax planning; transfer pricing; corporate restructuring; and advising clients on the tax implications of both inbound and outbound investments.
On the contentious side, resolution of tax and customs disputes arising from audits; objections/reductions or cancellations of penalties and assessments; tax appeals in the Tax Court and subsequent judicial reviews (peninjauan kembali) in the Supreme Court.